The Christie Charitable Fund was delighted to receive a donation of £8,000 thanks to some excellent fundraising efforts from members of staff at the Morrisons store in Leigh.

40 colleagues participated in a variety of events to support the local charity that cares for people affected by cancer.  The charity is particularly close to the heart of Samantha Dickinson, Morrisons Customer Assistant, whose partner, Leighton, received care from The Christie when he was diagnosed with Ewing Sarcoma cancer.

Samantha said, “In October 2020 Leighton was diagnosed with Ewing Sarcoma. Due to the pandemic it took a long time for his diagnosis to be confirmed and it was already metastatic. He was transferred from another hospital to The Christie within two days for intensive chemotherapy. Unfortunately, on arrival he tested positive for Covid.”

“From the moment he arrived every team involved was amazing. They started treatment the following day because they couldn't wait any longer. He had lost the use of his left leg due to one of the tumours and the physiotherapist worked with him to help him sit up. He was even able to take a few steps; he hadn't been able to do this for quite some time. The nutritionists were helping him to build up. Everyone was amazing, trying everything to help him.”

"Unfortunately due to Covid complications he spent the majority of his time in CCU and passed away 3 weeks later.  He was surrounded by so many people who tried their very best to change the outcome for him. They showed care, compassion and hope, they are truly amazing.  In my heart I know they gave me more time with Leighton and for that I will be eternally grateful.”

In memory of Leighton, who was also a colleague at the Morrisons store, Annmarie Wilburn, Community Champion at the supermarket, helped to arrange a series of fundraising events, which other colleagues were more than happy to get involved with.  Events ranged from colleagues running 50K over five days (the equivalent of making a round trip to the charity from the store), sponsored silences, raffles, cake sales and even attempts in the canteen to break world records!

Annmarie notes, “I’m immensely proud of the team at Leigh.  We wanted to take part in The Christie Challenge to help raise awareness and funds for such a worthy cause.  Every department and person in the hospital shines in their own field. By doing The Christie Challenge we hope to have helped shine a light on a brilliant charity.”

Steph Bryant from The Christie charity said, “A huge thank you to the team at Morrisons Leigh for their amazing efforts in taking on The Christie Challenge, to raise funds and benefit the lives of our patients at The Christie. The staff have shown a fantastic level of enthusiasm for the cause, going above and beyond to support and raise awareness between colleagues, customers, family and friends.”

“Thanks to brilliant fundraising events like this and the matching grant from the Morrisons Foundation, we are able to improve the overall patient experience and fund vital life changing and potentially lifesaving work at The Christie.” 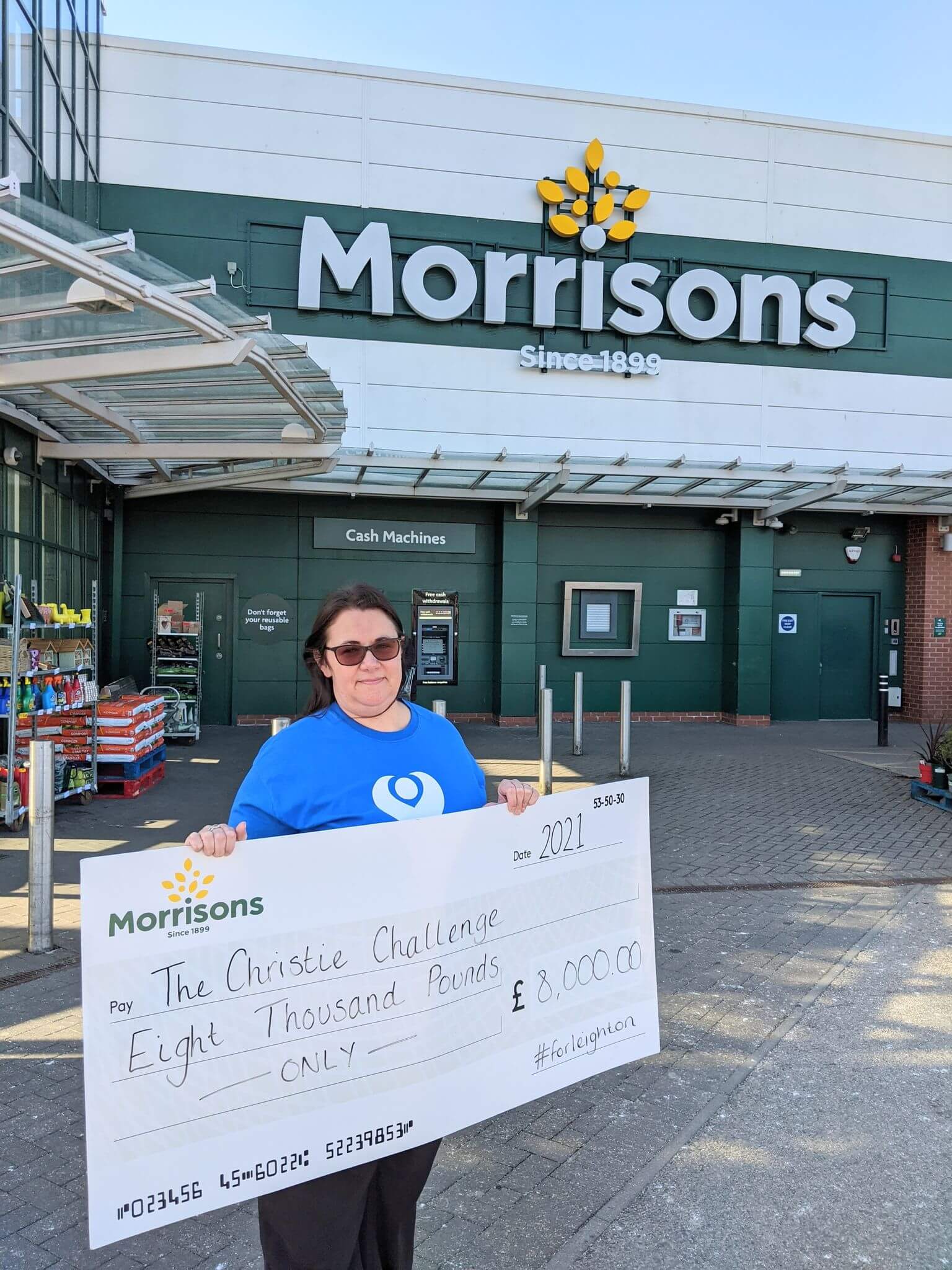